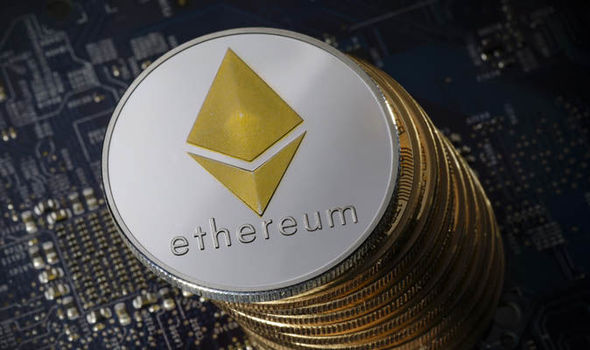 Ethereum has processed over $29billion in the last 24 hours

Beating market leader bitcoin, Ethereum’s network can create a new block every 15-20 seconds which is much faster compared to bitcoin’s 10 minutes.

A blockchain is a continuously growing list of records, called blocks, which are linked and secured using cryptography.

The addition of other cryptocurrencies to the Ethereum blockchain has increased the total amount processed by the cryptocurrency as well. Due to the efficiency of Ethereum’s network, other digital currencies have joined it such as Tron and Tether.

Bitcoin is a new kind of money

Since December 17, Ethereum has been handling millions of transactions per day on its network. Bitcoin handles 240,000.

Bitcoin’s high price and slow network is a big setback for the cryptocurrency as its makes the coin impractical for smaller payments.

This concern has lead to the bitcoin fork Litecoin. A fork of bitcoin occurs when miners agree certain rules within the blockchain need to change.

Litecoin is seen as a faster and more lightweight version of bitcoin because it takes two and a half minutes to complete a transaction. The idea behind Litecoin is that it can be used for cheaper transactions.

In November, Vitalik Buterin, founder of the Ethereum Foundation announced plans to design Ethereum 2.0. This new version will address the scalabilty issue of cryptocurrencies.

The scalability problem with cryptocurrencies is a consequence of the fact that blocks in the blockchain are limited to one megabyte in size.

He is aiming to reach VISA-level scalability within the next three to five years.