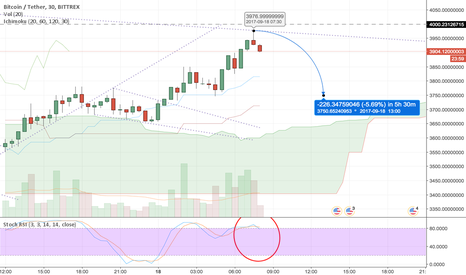 $4000 is major resistance so we are looking to head back down before shifting the weak hands as you can see we are stillin a bear market as the original down trend has not been broken but this bull run has had some nice volume.

This article was originally published on: The Tether Blog on September 18, 2017 9:09 am