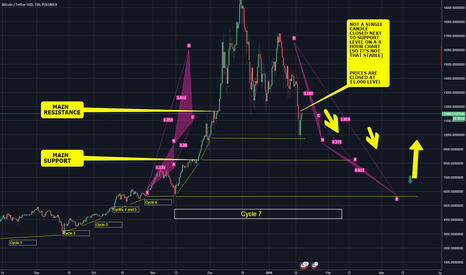 Bitcoin price correction and this so called “levels of artificial price” lasted longer than expected while being hold by sharks ‘n’ wales.

When Bitcoin makes his next second retracement (which happened already yesterday), and rebounced (but not strong enough, because rebounce slightly from 9300 $ (which is “additional support level” )

You should all cashout …