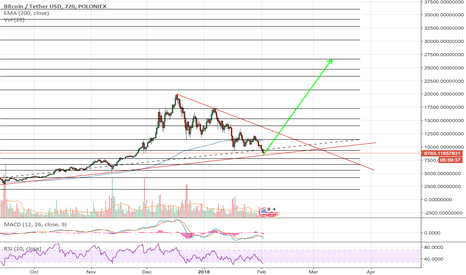 From the day it was 17.5k$ we told you it would be 8800$
And we reached that level.
Everybody says it was crash what we said was correction and market does correction every time.
now that it met the trend line and with RSI being oversold its time to put in all you got and just hold till its next wave.
and this would be the last time seeing BTC in 4 digits!!!!.
It …

This article was originally published on: The Tether Blog on February 2, 2018 7:55 am