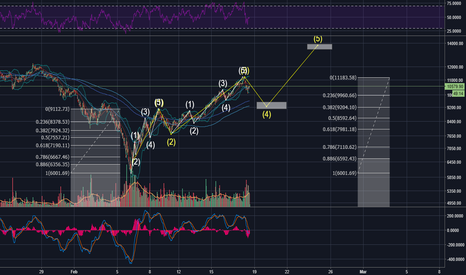 So, then the smaller timeframe for Bitcoin.

Didn’t include the ABC or WXYXZ corrections, as that’s too much for such a chart.

I’ve tweeted yesterday night that Bitcoin could fall down, as there were 6 arguments for a drop down:
– Bearish …