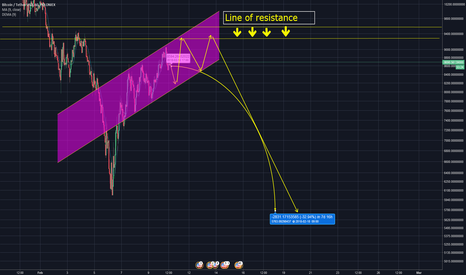 Bitcoin is still rebouncing in channel which goes under 45 degree angle, making BEAR FLAG as it is (while someone else thinks ” Bitcoin to the Moon” ) (otherwise they would not be buying).

People should pay attention as situation develops, because we DO HAVE IDEA ON GENERAL DOWNTREND ONLY.
Once again traders got bullish in a matter of hours.
They were bullish, …