As MaidSafe continues its progression in the role out of the network, we have hit another important milestone that we would like to share. We now have SAFE mobile applications, running on Android and iOS, and today we have released some demonstration apps to showcase this progress. iOS requires some code updates and app certification to be ready for user testing and is currently limited to testing via the iOS simulator.

It is important to note that these apps should be considered as a technology preview, a very useful proof point for us that the SAFE Network accommodates mobile devices. This is the culmination of several changes that have been made over the past 9 months, including a new data type and a new access mechanism, in the form of the ‘Authenticator’. In time we will provide mobile developers with the tools and documentation that they would need and want to start developing SAFE mobile apps. In the meantime, please refer to today’s dev update for instructions and requirements for running these apps for yourself.

The Authenticator
The first of these applications is the Authenticator. This is the focus of the imminent alpha 2 release and the mechanism by which users securely access the network, while maintaining control of each SAFE applications access to their data. 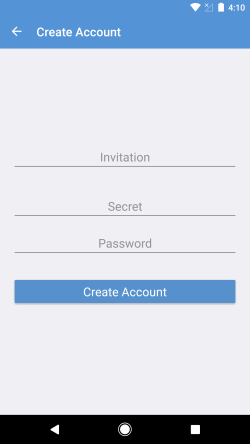 SAFE Messages
The second application is a stripped back and simple mail app. It provides end to end encrypted messaging that uses the public key of the recipient to encrypt the message, ensuring that only the recipient can read its contents. 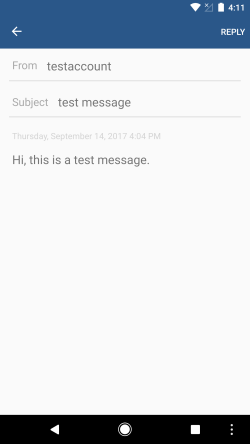 Alpha 2
The mobile tech preview comes at an exciting time in MaidSafe’s development roadmap, a welcome lead into alpha 2 which we will be releasing next week, on Thursday the 21st of September. This latest alpha will incorporate the Authenticator, a new SAFE Network access mechanism that is network enforced, and as you can see from today’s announcement mobile friendly. We look forward to providing more detail next week.

At MaidSafe, our development approach has been different to many other projects in the space. We have focussed on the hard problems first. This is not a criticism, just recognition of a different approach. Rather than putting out a network that gives little thought to the security of the data on it, or ignores the issues of how it will scale to millions of users, we have made these these issues central in our development process. This may create the appearance that we are moving slower than many of the other larger infrastructure projects in this sector, but in tackling the more challenging issues from the outset, in a methodical and transparent way, we anticipate being well placed to provide the decentralised infrastructure of the future.

This article was originally published on: The MaidSafeCoin Blog on September 14, 2017 11:00 pm