Cryptocurrency markets are rebounding today, Feb. 3, following yesterday’s multi-month low in Bitcoin’s price. Most of the top 50 coins are in green, with 24 hour gains over 20 percent.

In part due to pressure from misleading reporting on regulations in India, the overall cryptocurrency market took a massive nosedive starting Thursday, Feb.1, shedding more than $100 billion in market cap in the 24 hours following the news.

However, after the substantial selloff, the market has spent  today bouncing back, with Bitcoin rising back above the $9,000 level. At press time, Bitcoin was trading at an average of $9,095, up 3.54 percent on the day. 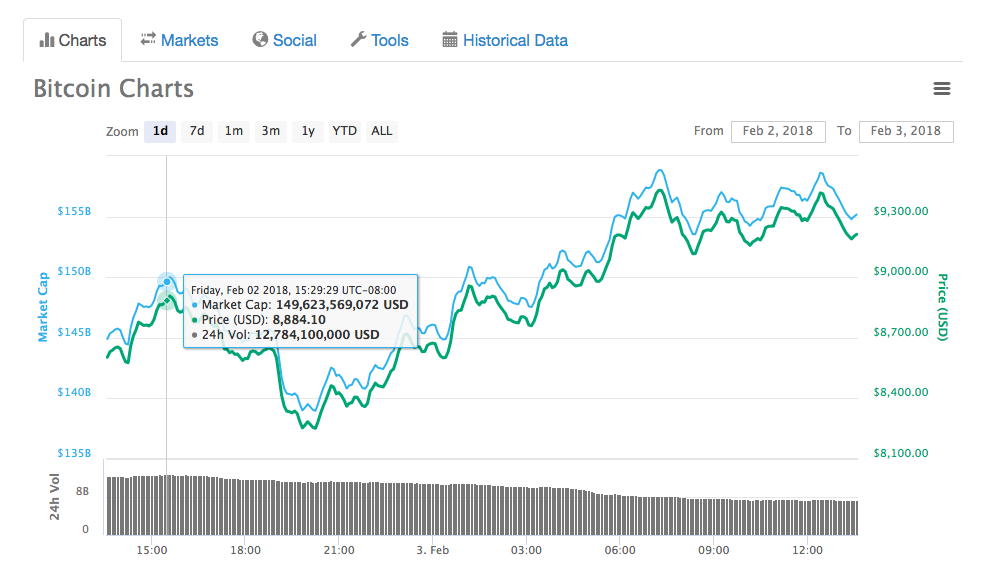 Following Bitcoin’s lead, other coins have also rallied substantially. With the except of three coins, every top 50 cryptocurrency has seen gains, with Litecoin (LTC) and Cardano (ADA), and Verge (XVG) leading the pack with gains between 15 and 20 percent.

A quick glance at the Coin360 market snapshot indicates a clear positive turn after the substantial negatives of the week. 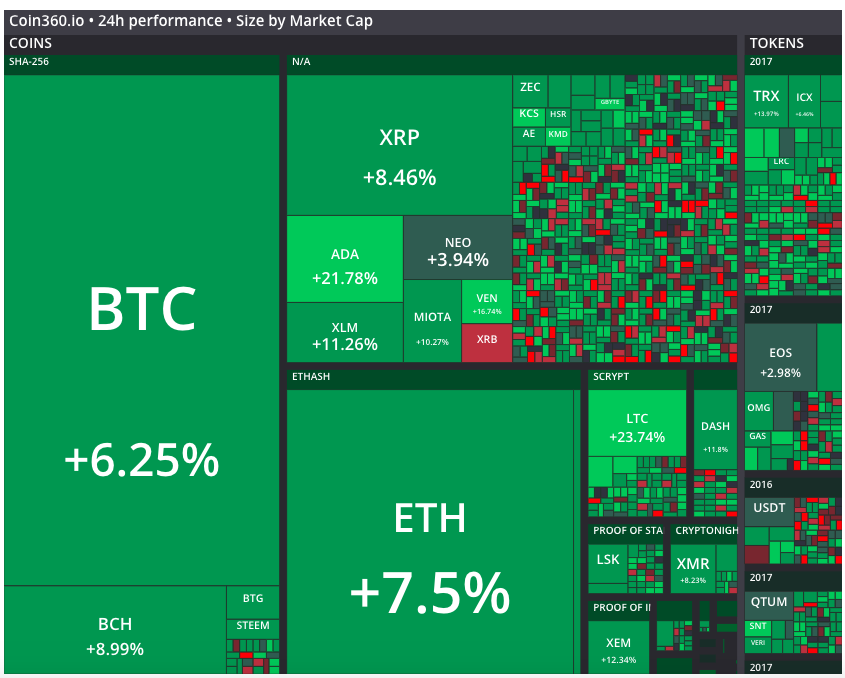 Despite the market lows this week, figures such as Litecoin founder Charlie Lee and CNBC’s Cryptotrader host Ran Neuner have made bullish statements recently about Bitcoin. In an interview with Cointelegraph, Lee in particular offered some level-headed perspective on volatility in crypto markets, often lacking in a market crowded with fearful newcomers.

News of the first Canadian Blockchain ETF approval may well have played into today’s rally.

Bitcoin hit a record high of 20,000 in late December, only to crash, along with the rest of the market, just a few days later, Dec. 22, when Bitcoin and altcoins lost 20-30 percent.

Since then, the leading cryptocurrency has yet to fully recover, hovering roughly between $10-$15,000 per coin, until this yesterday’s multi-month lows under $8000.

The entire month of January saw a market sell off, in part due to increased regulatory news from South Korea – and misleading reporting on it – that left many investors fearful.

This article was originally published on: CoinTelegraph on February 3, 2018 11:52 pm