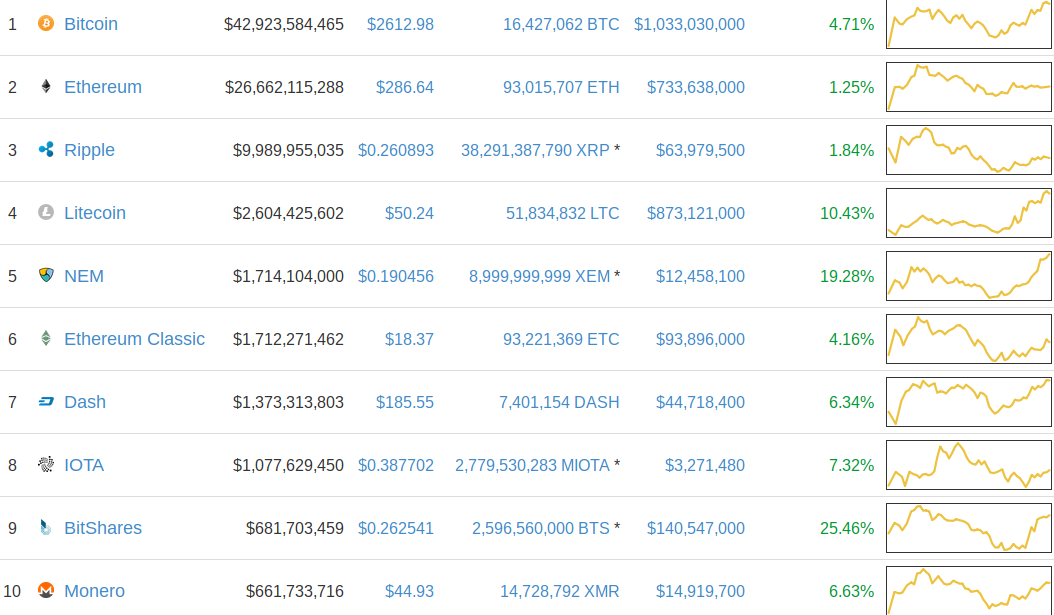 Having dropped as low as $2,320 last month, Bitcoin saw moderate peaks and troughs before finally retaking $2,600 – its first break since a slide from around $2750 June 24.

Litecoin’s growth was much more pronounced, however, with a sudden surge back above $50 surprising traders.

The altcoin had increased from around $29 to break a $2 bln market cap in June, before dropping in line with Bitcoin and languishing below $40 until July 2.

Litecoin creator Charlie Lee had much to celebrate this week. Meanwhile, his Litecoin Foundation receiving a further donation worth 666 LTC ($33,500) from Litecoin miner-manufacturer Innosilicon.

We’ve received the 666 LTC donation from Innosilicon @Inno_Miner. Thanks a lot! pic.twitter.com/uvvUfAbZh8

Elsewhere, the top ten currency chart is once again devoid of EOS, the token which gained and lost rapidly over the last 24 hours, posting daily falls of 30 percent as of press time.

This article was originally published on: CoinTelegraph on July 4, 2017 12:00 am