Cryptocurrency investors are reeling today as markets lose $10 bln of value in 24 hours in a new slide.

Data from Coinmarketcap at press time Tuesday shows Bitcoin down almost 10 percent at under $2,300, while Ethereum (ETH) slid below $200 for the first time since May.

Across the top ten assets, losses extended to levels rarely seen in the past few months, with prices still dropping.

Current losses for altcoins represent around 20 percent, with Ripple and IOTA falling closer to 30 percent. 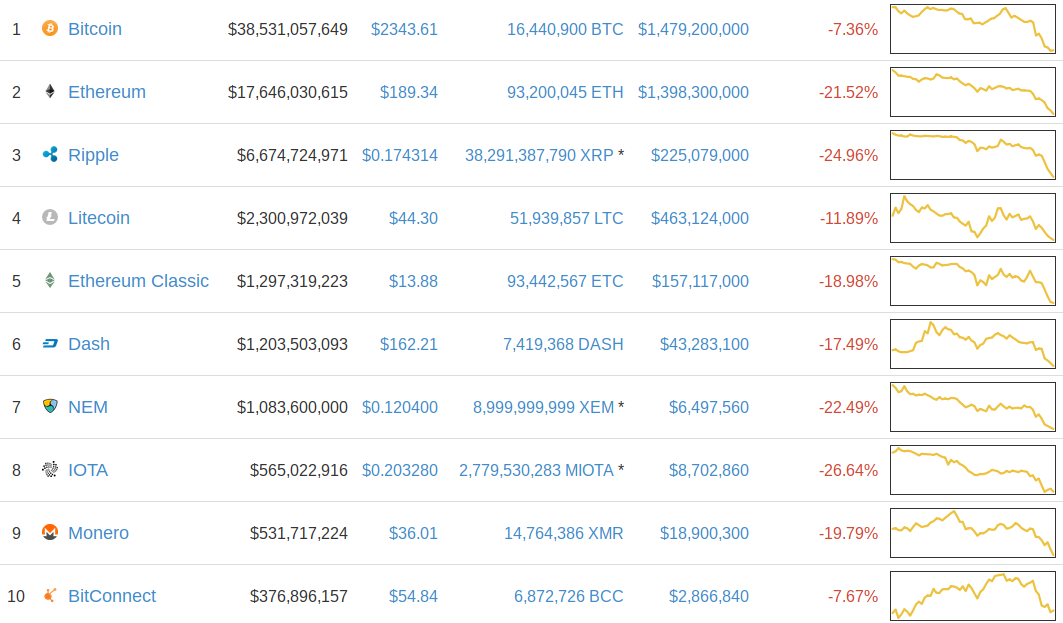 Cointelegraph reported yesterday on investor suspicions that a new price ‘triangle’ was to begin for Bitcoin. Following the latest action, it appears this triangle is one pointing down, not up as many had hoped.

Nonetheless, many long-term holders are unfazed by sudden jerks in value, as exemplified by entrepreneur Alistair Milne’s coverage.

Bad time to mention that Bitcoin’s ‘dominance’ is back at 50%?

Ironically for Ethereum investors, the weekend saw a collection of major bagholders explain to Vice why they had not cashed out their coins and believed in the asset’s strong future. At the time, ETH was worth 25 percent more.