The common question you hear from any doubter of digital currencies and their future in our world is “what is the use case?” Often, people look at Bitcoin and see its shortcomings as a medium of transfer, and use that as their justification for being short digital currencies. Spending Bitcoin or any other digital currency is not currently all that easy. It takes time to convert back into fiat currency, and there is often a large fee.

A Singapore-based company Paycent aims to make it easier for buyers and sellers to use their digital currency. Right now they are in the process of releasing the integrated debit card which gives customers the capability to unlock their funds instantly.

Bridging the gap between fiat and digital currencies

The overall goal of the company is to make it possible for mobile and cashless payments to be accepted anywhere. Blockchain is the underlying technology that enables this advancement, and the team has worked hard to bridge the gap between fiat and digital currencies.

The new Paycent integrated debit card is the key to bringing digital currencies into our day-to-day life. It has no yearly maintenance fees if the card is active and in use. You don’t need to hold a PYN token to get it. A user will pay only one time fees for card activation and delivery with any digital currency. 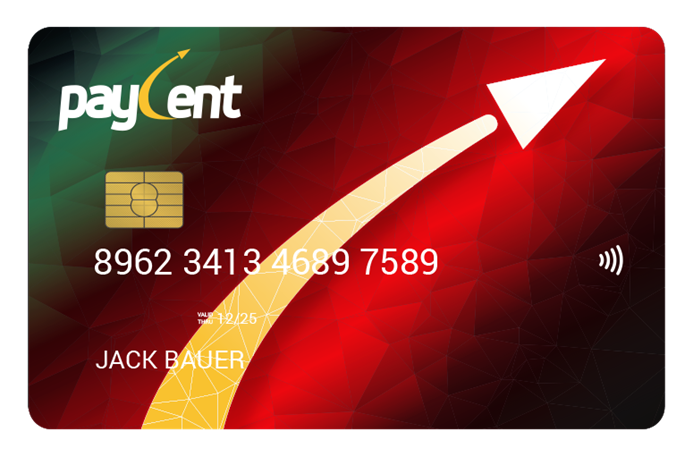 Pre-registration for the debit card has started on Jan. 15, and only 20,000 cards will be delivered in this first batch. The selling point for many of the early users of this card will be the low fee of 1.5 percent, paid in PYN tokens, which is much superior to the current transaction fees on most digital currencies.

The hybrid wallet along with the debit card is planned to be live in the first week of March and it is currently available for registration on the Paycent website. Once operational, the card will work at more than 36 mln points in over 200 countries. Users will be able to convert any digital currency to fiat in real time basis and can use it via Paycent card at online and offline stores and cash withdrawal at ATMs globally.

Paycent has set themselves apart in a few ways. One is the manner in which they are conducting their ICO. Rather than releasing all of their tokens at once, the team at Paycent decided to release them in eight phases.

The company says, there are two major benefits to this method. First, it helps the protocol by proving the concept along the way, which would then result in more money being earned. It also increases transparency and aligns incentives within the network better. Users are motivated to buy earlier by giving bonus Paycent tokens (PYN) of varying amounts to each phase.

The ICO commenced in November and has proven to be a success. Phase one of the ICO was successful, with 80 percent of tokens distributed to over 14,000 different contributors.

Paycent’s end goal is to help users worldwide enter the cashless world. The true potential of a company like this comes from the fact it can create an infrastructure that users who have never had access to banks will be able to engage with. In this regard, it is an inspiring goal with limitless market potential.

The original mission of Bitcoin was to create a new financial system that wasn’t dependent upon any single authority, and this might finally be possible with Paycent.

The Paycent team is pro-active on Telegram. For regular updates, join the chatroom https://t.me/paycent.

Disclaimer. Cointelegraph does not endorse any content or product on this page. While we aim at providing you all important information that we could obtain, readers should do their own research before taking any actions related to the company and carry full responsibility for their decisions, nor this article can be considered as an investment advice.

This article was originally published on: CoinTelegraph on January 18, 2018 9:04 pm