A second day of losses throughout cryptocurrency markets is giving would-be traders a chance to buy that may not be repeated.

Bitcoin dropped below $10,000 on Cointelegraph’s price index Wednesday, Jan. 17. On the same day, Ethereum (ETH) went below $900, marking a price slide of over 30% for both assets this week.

Community and industry figures have reacted with mixed emotions to the downturn, which mimics behavior seen in January over the past three years.

“Unless you can watch your stock holding decline by 50% without becoming panic-stricken, you should not be in the stock market.” – Warren Buffett. (What’s the numbers for the crypto market?)

If #Bitcoin was a bus. pic.twitter.com/mcDcj0Cvf5

Across major altcoin markets, assets are also currently being traded at steep discounts versus just a week ago, when many were still beating all-time highs in USD. 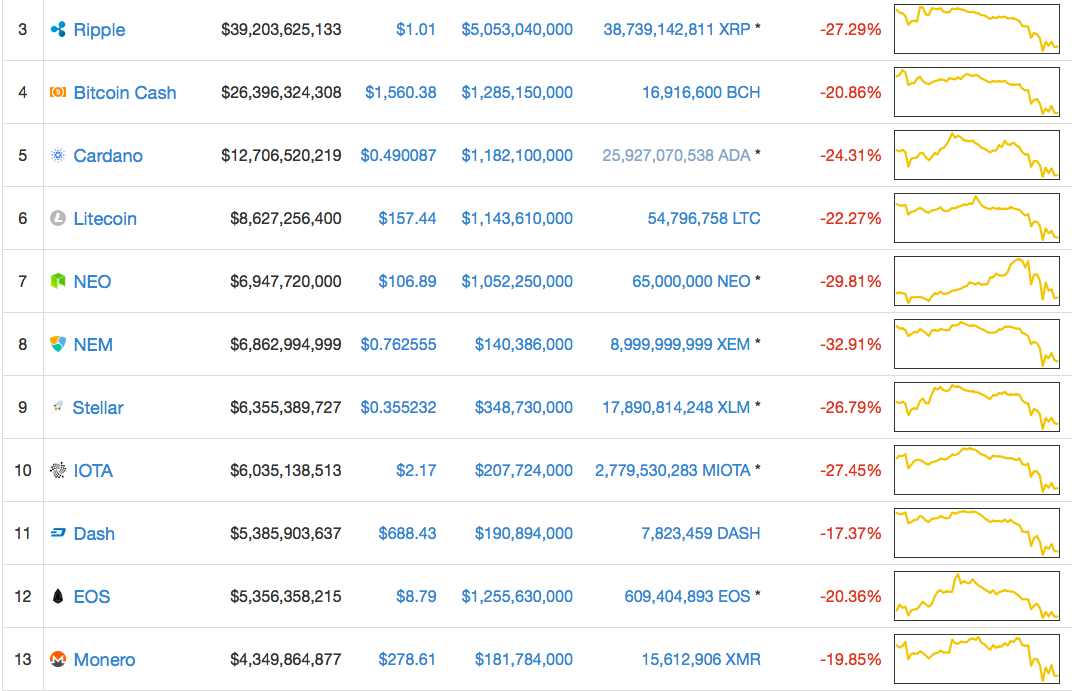 The slide against fiat is fuelling a fresh round of mainstream media speculation Wednesday, meanwhile, with various publications hinting at the possibility of Bitcoin’s alleged ‘bubble’ having burst.

A curious U-turn in the industry came from highly-critical CNBC. Even as prices had fallen 20% Tuesday, the network came out with a piece explaining why Bitcoin “skeptics” were “wrong” to suggest it has no value.

“Many people think that bitcoin is a bubble, and that’s predicted on the concept that bitcoin has no value. But there’s reason to believe that that just isn’t true,” CNBC’s article concludes.

“By definition, bitcoin is scarce. And the cryptocurrency may have utility as a superior way to store and exchange wealth.”

This article was originally published on: CoinTelegraph on January 17, 2018 3:32 pm