The Dow Jones Industrial Average has dropped another 1,000 points Thursday, Feb. 8, making it the second time in four days that the traditional market has fallen more than 1,000 points. 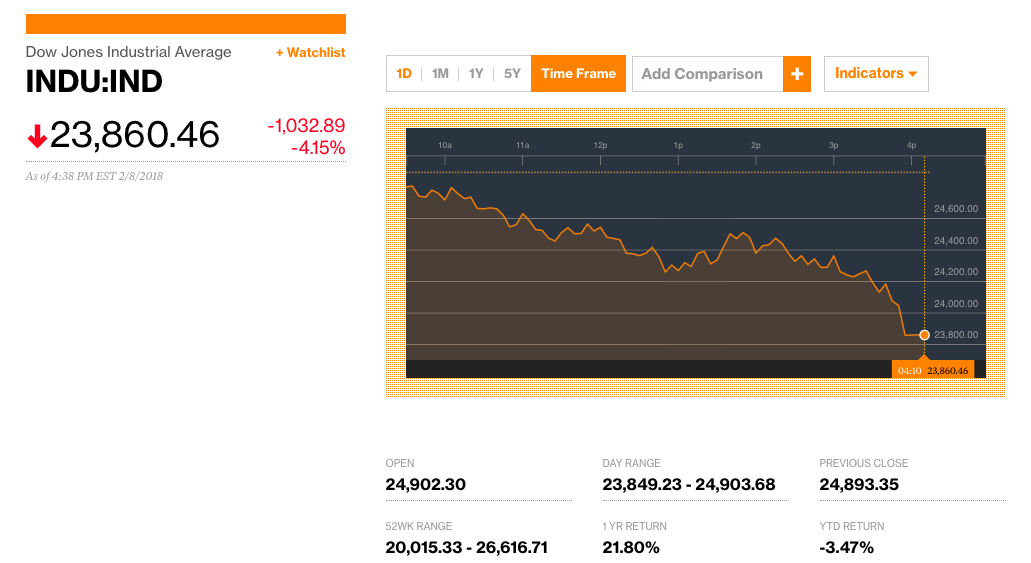 The S&P 500 Index is also down 3.75 percent by press time, which is its lowest point since mid-November, according to the Boston Globe.

As the market is experiencing its fifth loss over the past six days, the Boston Globe writes that Friday announcement by the Labor Department that workers’ salaries grew quickly in January may have caused investors to scramble, thinking that interest rate would also rise. 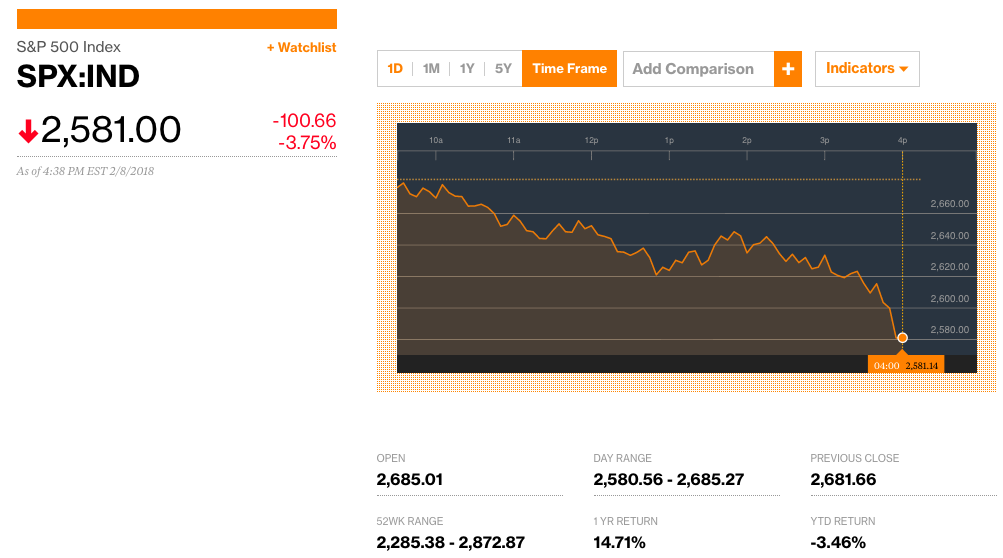 Unlike the drop three days ago, which was the largest intraday drop in 6 and a half years, today’s traditional market slump has not correlated with the crypto markets as strongly.

The lack of a similar drop in the crypto markets may be due to the lifeline it received after the The Commodities and Future Trading Commission and the US Securities Exchange Commission joint hearing on Tuesday.

Users on Twitter have joked that the recent traditional market volatility has begun to mirror the volatility common to the crypto markets:

This article was originally published on: CoinTelegraph on February 9, 2018 12:42 am